The energy crisis forces some miners to relocate again, the United States become the best choice for bitcoin miners

The energy crisis forces some miners to relocate again, the United States become the best choice for bitcoin miners

Crypto mining company Xive announced that it is moving a crypto mining farm out of southern Kazakhstan due to power shortages.

Encrypted currency mining has increased the energy demand of Kazakhstan's national grid by 8% this year while under normal times the electricity demand increases by only 1% to 2% per year.

Although the industry has placed a burden on its energy network, Kazakhstan has been cautiously showing a friendly attitude towards crypto mining. Officials are pushing for more regulation of the industry instead of banning it entirely. The President of Kazakhstan, Kassym-Jomart Tokayev, recently mentioned in a meeting with bankers that nuclear energy may be used to solve energy shortages.

Kazakhstan's energy problem is difficult to solve in the short term. Correspondingly, the United States is rapidly emerging as the new global Bitcoin mining center. According to data from the University of Cambridge, currently more than one third (⅓) of the world’s Bitcoin computing power comes from mining machines in the United States compared with only one fifth (⅕) last spring.

Cryptocurrency miners are starting to find new places for cheap electricity around the world. Many people are targeting Texas, RHY is no exception. The power grid in Texas is relatively loosely regulated where users can choose between different power suppliers and the suppliers are driven by this to compete to offer low prices. 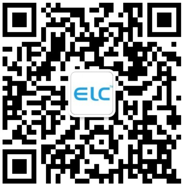